EACH OF US MUST FIND SOME PEACE
SOMEWHERE WITHIN THY SOUL.
SATAN HAD HIS TURN THAT DREADFUL MORN
BUT FOR THOSE WHO DIED THAT DAY
JESUS HELD THEM IN HIS ARMS
AND GOD MADE THEM WHOLE. 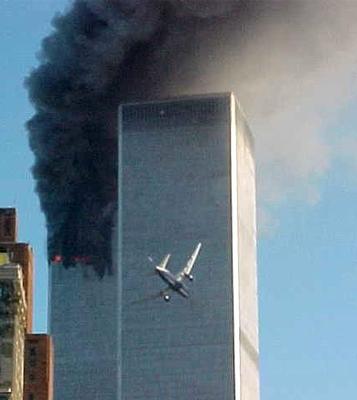 I remember that day as if it just happened. It was a nice morning
here in Pennsylvania, and I was sitting here at my WebTv,
and just turned on the TV when this
second plane flew into twin tower #2.
I looked again and wondered what in the world are they doing on that show.
I turned up the sound, and turned on the closed caption,
and watched awe struck at the scene that was taking place.

I then realized this was really happening,
and I immediately called my girlfriend,
in town close to me, because her elderly mother lived
only two blocks from this disaster,
She immediately turned on her TV and then called
her mother and told her to stay in her apartment
and do not leave unless ordered to.

Like everyone else who was watching this,
I could not believe it was happening.
It was definitely hard to fathom
something like this happening in OUR country.
An even bigger shock was seeing people
jumping out the windows to escape
the flames that engulfed the towers.
and then watch those two beautiful buildings literally
collapsing, falling straight down to the ground below.
People screaming and crying and running every
which way to escape the horror and death. Others
standing in total shock, not believing what
was happening right before their eyes.

But to add to all this chaos was seeing the Pentagon
hit by a third airplane, and then to learn of a fourth plane,
taken over by terrorists, and the people on it
realizing what was going to happen, that these
terrorists were heading for the Capitol.

I am sure there was much discussion on this
plane before they decided they would sacrifice
themselves, then fought with the terrorists
in the cockpit and others.
One young man said "LET'S ROLL" and the plane
spun out of control and crashed into a field in
Shanksville, Pennsylvania.


Today..September 11, 2017, Vice President Pence,
went to Shanksville, Pa., to honor those who gave their lives
on Flight 93, to save the lives of
those at the Capitol, who would have been killed
by the terrorists who took over the plane. 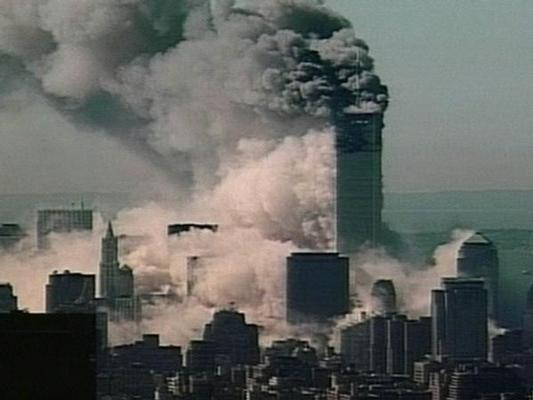 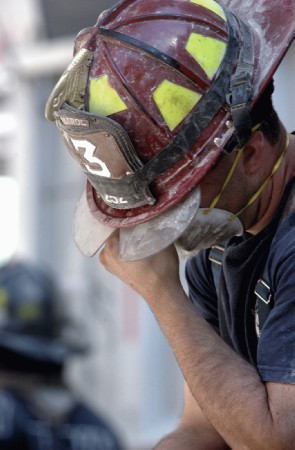 JUST ONE OF MANY MANY FIREMEN, POLICE, MEDICAL STAFF,
RESCUE TEAMS, VOLUNTEERS, RESCUE DOGS, AND
CIVILIANS WHO CRIED OVER THIS HORRIFIC DISASTER

Please take the time to watch this video.
It is about a pilot who was supposed to be on American Airlines Flight 11
the morning of 9/11. Flight 11 was the first
Boeing 767 to fly into one of the buildings at the World Trade
Center on 9/11. It is unlike anything I have seen, read
or heard about 9/11. It really is one incredible story
that must be watched to the end.

SEPTEMBER 2018
CLICK HERE TO WATCH "THE TOWER OF VOICES"
A MEMORIAL BUILT FOR CREW AND PASSENGERS ON FLIGHT 93
THAT WENT DOWN IN SHANKSVILLE, PA."