One time we will always
remember
was a cool fall evening in 2004,
when four black bears,
came to visit us.
My husband Joe, and I were sitting
comfortably in our recliners,
when our boxer dog Lilah,
started to very persistently bark.

Naturally we got up
and went to the dining room, which is located,
on the mountain side of the house.
This is where Lilah likes to lay, and keep guard.
She had quieted down, but the
hackles were up on her back. 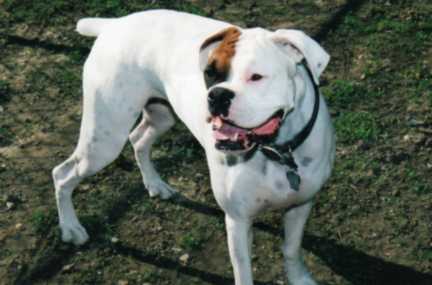 In our yard, right outside the glass
windows, stood a lone black bear.
We watched him strolling around,
for quite awhile.
He didn't seem to go after the bird feeders,
so guess he was looking for some
thing more filling.

After a period of watching him, we went
back to the living room.
About half hour later
after the sun had set,
I got up to go to the kitchen.
Curiousity got the better of me
and I went to see if the bear was
still in the area. When I
snapped on the outside
lights, I could NOT believe my eyes.

Six foot away from our big window,
were three more bears.
I ran into the living room and got Joe,
and told him NOT to let Lilah come along.
I didn't want her to see them
and start barking and rile them up.

Joe was as amazed as I was,
seeing the three of them.
We assumed at this point, It
was the momma bear and her twins,
that we had watched play together,
in the open field, the summer before.

The bigger bear sat on the ground
with one of the bird feeders in front of her.
The two smaller ones had another bird feeder,
breaking it apart, to get the sunflower
seed out of the tube.
At one point, one of the smaller
bears came to the side patio door.
Joe went to see what he was
doing, only to see the little bear
looking in the door at him.
Talk about a thrill or should
I say chill, going up Joe's back.

It is inconceivable that bird seed can,
content these mighty creatures.
Or that their huge paws
could even hold the seed.
The momma watched them play, and at
times they would annoy her,
then she would push them away.
They romped around for about an hour,
and the three, finally
lumbered down behind
the house, into the open field.
In the same direction as the first bear.
One thing we knew for sure,
they would be back, and most
likely, come spring with more cubs.

This story written by ©Barbara L Carter aka Bluejay12
April 2007
Page designed by Bluejay and Diamondavid
Website maintained by Diamondavid
Song Title: The Beauty of The Earth